For his alleged role in creating and selling spyware for use of domestic violence and child abuse offenders. 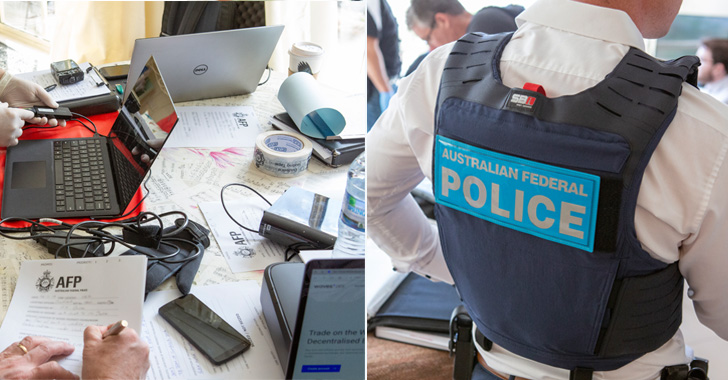 A 24-year-old Australian citizen has been charged for his alleged role in creating and selling spyware for use by domestic violence and child abuse offenders.

Jacob Wayne John Kane, who currently resides in Frankston, Melbourne, is said to have created a RAT (remote administration tool) Trojan when he was 15, while also running the tool from 2013 until its closure in 2019 as part of a Europol-led coordination.

The Australian Federal Police claimed in a press release over the weekend that "a Frankston man engaged with network of individuals and sold the spyware program named " Imminent Monitor (IM)", to more than 14,500 individuals in 128 countries."

The defendant has been charged with six counts of a computer crime by developing and supplying malware, as well as profiting from its illegal sale.

Another 42-year-old woman, who lives in the same home with the accused man, has also been charged, The Guardian identified her as his mother, "handling the proceeds of crime". 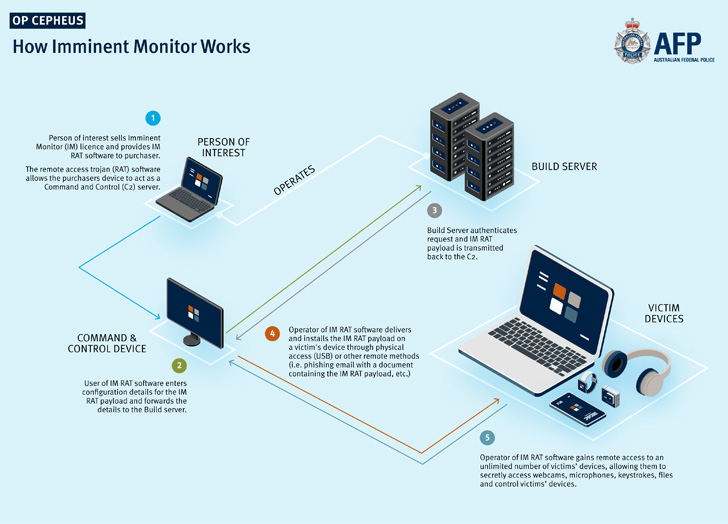 The investigation, codenamed Cepheus, began in 2017 when information about a "remote administration tool RAT" arrived from cybersecurity firm Palo Alto Networks and the US Federal Bureau of Investigation (FBI), AFP said.

The operation, which saw 85 search warrants executed globally in cooperation with more than a dozen European law enforcement agencies, culminated in the seizure of 434 devices and the arrest of 13 people for using malware for malicious purposes.

At least 201 individuals have contracted the virus in Australia alone, with 14.2% of buyers stating as participants in domestic violence orders. Register of child sex offenders.

The Imminent Monitor virus has been distributed via emails and text messages, and is equipped with capabilities to surreptitiously record keystrokes as well as record webcams and device microphones, making it an effective tool for users to keep track of their targets.

Later versions of the Windows malware also introduced options for "hidden" access to Remote Desktop Protocol ( RDP ) and even to run a cryptocurrency miner on victim machines - a feature not normally associated with RAT.

According to a 2019 report from Unit 42, John Kane went by the alias "Shockwave" and had previously offered a Distributed Denial of Service (DDoS) tool called Shockwave Booter in early 2012, before switching to a virus sale 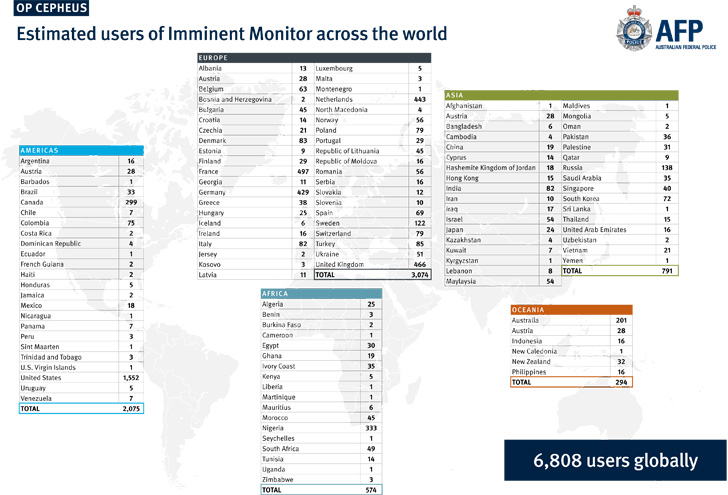 The agency said it believed there were tens of thousands of victims worldwide, including 44 from Australia.If found guilty, the suspect faces a maximum sentence Up to 20 years in prison.

"These types of malware are so gruesome because they can provide virtual access to the offender's bedroom or home without their knowledge," said Chris Goldsmid, AFP's cybercrime operations leader.</span >

"Unfortunately, there are criminals who use these tools not only to steal personal information for financial gain but also for very intrusive and despicable crimes."

Found this article interesting?  Share it with your friends..don't forget to follow me on  Social media platforms..