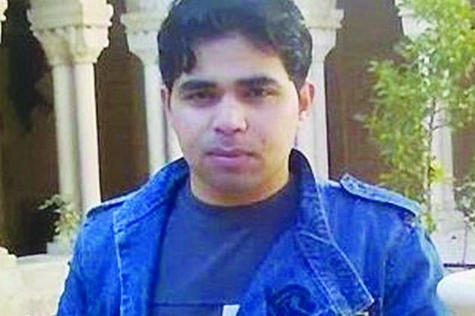 When the social media profile of Mark Zuckerberg, the billionaire Facebook founder and global icon, was hacked by Khalil Shreateh, the “white hat” hacker from the occupied Palestinian territories, the message posted was respectful: “Dear Mark…sorry for breaking your privacy…”

The 30-year-old programmer from Hebron had discovered a glitch that allowed him to post on any wall on the network. Facebook provides $500 rewards for identifying such a weakness, but rejected Shreateh’s claim, stating it violated protocol. In stepped the ethical hacker community, and over $12,000 has been crowdsourced to reward the Palestinian, who was in a good mood when we spoke.

Metro: You could have written anything. Were you tempted to make the message spectacular?

Shreateh: No, because it was a serious vulnerability, but I was forced to write after Facebook ignored my first and second reports. I was frustrated.

Were you angry with Zuckerberg?

I admire Mark, and anyone who starts a project like that. Mark built Facebook in college, it did well, he got famous and everyone would want to be like him. I have a lot of respect.

Does this inspire you to hack more famous people and companies?

I will keep watching for new vulnerabilities and report them, as I have done many times before. I will not break anyone’s privacy and hope that every hacker uses what they find the right way and not for the black market.

Is this type of hacking very popular in Palestine? Will you inspire more of it?

I can’t answer that because intelligence people will come after me. [Laughs] But many are doing this everywhere. I hope it will inspire not only in Palestine as everybody needs these skills.

How have your friends and family reacted?

I want to say thanks to the hacker community for their donations; I really appreciate it. My family was worried I would be in jail and never have another job, but I thought I was helping people.

What are you planning to do with the money?

You cannot keep money in Palestine – I am very popular now. My family wants me to get married, but I don’t.

This story originally appeared on metro.us